Share a memory
Obituary & Services
Tribute Wall
Read more about the life story of Ralph and share your memories in the Tribute Book.

Ralph Sassman, 98, formerly of Black Creek, passed away peacefully at home on November 21, 2022. He was born May 10, 1924 in Black Creek to the late Edwin and Clara (Bartman) Sassman. He graduated from Seymour High School in 1942, and then worked in the shipyards in Manitowoc until he was drafted in December, 1942. He served in the United States Army in World War II in France, Germany and Austria until being discharged in November, 1945. He then worked on the family farm until 1962 when he became a rural mail carrier until his retirement in 1988.

On February 14, 1952, he was united in marriage to Helen Derks, who preceded him in death on November 12, 2022. He was a member of St. John's United Church of Christ in Black Creek. He also was a 70-year member of American Legion Post 332 in Black Creek.
He enjoyed daily walks, their card group and traveling many years with Farmers on the Bum. He enjoyed being with family and attending the grandchildren's activities. He also attended the Old Glory Honor Flight in 2011.

In addition to his wife and parents, he was preceded in death by an infant daughter at birth; son, Timothy; grandchildren: Taylor Skenandore and Matthew Rynish; and great-grandchildren: Solanus and Isaac (twins) Rynish. He is further preceded in death by sister and brother-in-law Vera and Ben Krueger; sister, Esther Henry; sister-in-law, Marlene Derks; and brother-in-law Earl Zuleger.

Visitation will take place on Sunday, November 27, 2022 at Muehl-Boettcher Funeral Home, Seymour from 4:00 pm until 6:00 pm, Parish Prayer Service at 5:45 p.m. Visitation will continue on Monday, November 28, 2022 at St. John's United Church of Christ, Black Creek, from 9:30 am until the funeral service at 11:00 am with Pastor Moira Finley officiating. Burial will take place at St. Mary Catholic Cemetery in Black Creek.

In lieu of flowers, a memorial fund has been established.

The family extends a special thanks to everyone at ThedaCare at Home and Hospice for their loving care for Ralph.

Online condolences may be expressed to Ralph's family at www.muehlboettcher.com


To send flowers to the family or plant a tree in memory of Ralph Sassman, please visit our floral store. 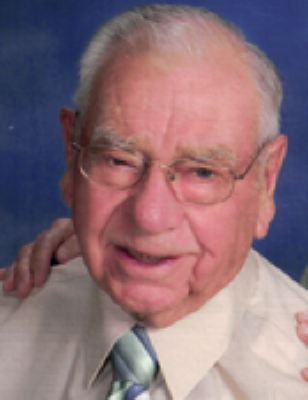