Share a memory
Obituary & Services
Tribute Wall
Read more about the life story of LeRoy and share your memory.

LeRoy V. Fritsch, 85, Freedom, passed away peacefully Friday, January 6, 2023, after a four year struggle with Progressive Supranuclear Palsy (PSP). LeRoy was born on January 28, 1937, the son of the late Arthur and Marie (Novak) Fritsch. At a young age LeRoy started working for his father making cheese at their Gopher Hill Cheese Factory in Town of Oneida while also attending school in West De Pere. In his younger days and being born with a rebel spirit, LeRoy had a love for fast horses and Indian motorcycles. He was also a Golden Glove boxing champion. At age 17 he bought his first milk truck and started his business while also serving six years with the Army National Guard Reserves.

On September 23, 1958, LeRoy married the love of his life, Mary Lou Van Boxtel. Together they raised five children. Over the years LeRoy enjoyed working on landscape projects with Mary Lou around their beautiful yard on Fritsch Road in Freedom. LeRoy raised beef cattle, trained and broke paint horses for riding and was very talented in mechanical work. After 45 years and many longtime friendships formed with farmers, LeRoy sold his milk route business. He was not someone to sit around; he then went to work for Truck Country in Kaukauna which he really enjoyed. Soon after Mary Lou had a disabling stroke LeRoy committed to taking on the new role of caregiver without hesitation which he proudly did for 14 years and he never complained.

In lieu of flowers any monetary donations can be made out to "Good Shepherd Services" which will go to their wheelchair accessible BUS FUND in LeRoy's name. Thank you.

Online condolences may be expressed to LeRoy's family at www.muehlboettcher.com.


To send flowers to the family or plant a tree in memory of LeRoy V Fritsch, please visit our floral store. 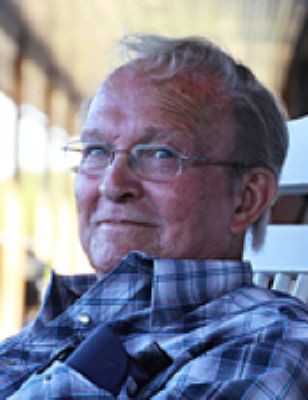 Look inside to read what others
have shared
Family and friends are coming together online to create a special keepsake. Every memory left on the online obituary will be automatically included in the book.


Family and friends are coming together online to create a special keepsake. Every memory left on the online obituary will be automatically included in the book.

You can still show your support by sending flowers directly to the family, or by planting a memorial tree in the memory of LeRoy V Fritsch
SHARE OBITUARY
© 2023 Muehl-Boettcher Funeral Home. All Rights Reserved. Funeral Home website by CFS & TA | Terms of Use | Privacy Policy | Accessibility