Share a memory
Obituary & Services
Tribute Wall
Read more about the life story of Jacqulynn and share your memories in the Tribute Book.

Jacqulynn Jeanne "Jackie" (Grandma Dick) Abel, 83, Bonduel, went home to be with her Lord and Savior Jesus Christ on Monday morning, November 21, 2022, at Shawano Health Services, after a short battle with cancer. Greeting her was her husband, Dick (Papa Dick), who preceded her in death on January 17, 2015, and her grandson, Derick Vomastic.

Jackie was born to Harvey and Bernice (Schultz) Moesch at home in Shawano, on August 16, 1939, and was a graduate of Shawano High School. She worked in Appleton prior to her marriage to Richard on September 26, 1959, and the couple relocated to the township of Lessor where they raised three children.

After the children were old enough for her to return to work, she worked at Americana Health Care in Green Bay. Riding to work was always a joy with her good friend, Ada (Rader) Kindt. During her years as a grandparent, she enjoyed spending her days with her grandchildren. Many summers were spent at the baseball field watching her grandson play ball. She will be dearly missed by her great-grandchildren: Adrianna ("little Grandma Dick)," August (who referred to Jackie as "Baby Amma)" "Andy's little angels:" Charlie, Paisley, and Aubree; "Emmett (Grandma Dick's little "Emmy Lu"); and Grandma Dick never failed to laugh at the antics of her newest grandson, Walker.

When Jackie retired, she and Dick traveled around the state and made many trips to Canada. She was blessed with many friends, old and new, which are too numerous to name but know that she loved each and every one of you. She cherished the friendships which were made when she moved to Zachow where she lived for 20 years and recently in Shawano at the Murphy Apartments.

She also spent time with her cousin, Darlynn, taking a few trips and many daily telephone calls. Her main shopping partner was her sister, Mary, and they spent more time returning what they bought than they spent buying them, but then they could have lunch. Her brother, Pete, will have to find another Uber driver to take him on his many errands. To her sister, Ann... "she better not catch you on that ladder!" Many of her friends were like family, especially Mary Court and Heidi Kuehl and her family.

In addition to her parents, and her father-in-law and mother-in-law: Ervin and Mary Beth (Powers) Abel, Jackie was preceded in death by an infant son, John; an infant daughter, Mary; an infant grandson; and her grandson, Derick Vomastic. She was further preceded in death by one brother, Dean "Beaner" Moesch; three brothers-in-law: James Hertzfeldt, Robert Abel, and James Abel; sisters-in-law: Dorothy Moesch and Betty Herb.

Visitation will take place at Muehl-Boettcher Funeral Home, Seymour, on Friday, November 25, 2022, from 3:00 pm until the time of services at 7:00 p.m. She is being cremated and buried with her husband, Dick, at St. Lawrence Catholic Cemetery in Navarino. Some of her cremated remains will be placed in (as she called it) "the little salt and pepper shaker which contains dad's ashes in my curio cabinet, which we will someday take to Canada).

In lieu of flowers, a memorial fund has been established.

The family extends a special thanks to the 5th floor nursing staff at St. Mary's Hospital and the staff of Shawano Health Services for their care of our mother.

Online condolences may be expressed to Jackie's family at www.muehlboettcher.com


To send flowers to the family or plant a tree in memory of Jacqulynn Jeanne (Moesch) Abel, please visit our floral store. 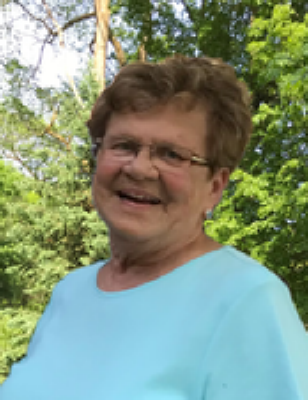